Should car insurance premiums depend on your age group? 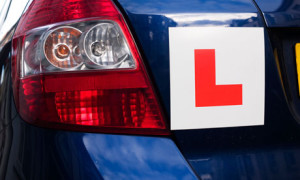 Different age groups react differently in driving situations. Older people tend to drive more slowly and cautiously than younger people and this can present problems. For example, if an elderly person is driving in the fast lane it could cause younger drivers to become infuriated and could even result in an accident. This makes one think that perhaps older people can be an even bigger threat on the roads than younger drivers. On the other hand, older drivers do have the benefit of experience behind them, so maybe they are less of a threat.

There are also other factors when it comes to older drivers such as impaired vision, mental and/or physical deterioration, slower reaction times and a lack of confidence on high speed roads which can severely impede older people’s driving skills. Is it however fair to assume that all people reaching that specific age would automatically qualify as high risk? Not all older people suffer from disabilities as mentioned above, so it’s not necessarily fair to please them all in the same category.

The question of whether car insurance premiums can be based on age and sex is one which is highly debatable. While it is true that elderly people are generally slower and more cautious drivers, there are arguments for and against them being BETTER drivers. This would mean that it wouldn’t be fair if insurance premium prices were based purely on being over sixty years of age.

Either way, it is always important to drive carefully on the roads so that you don’t risk your life and the lives of others.

View all posts by: carinsuresa